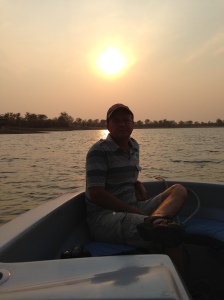 After our visit to South Luangwa, Zambia, we crossed the border into Zimbabwe to stay a few days on a houseboat on Lake Kariba.  This was a first for me, but not for the rest of my group.

Upon arriving at Kariba Town, one gets the impression of a small little “hamlet”, which it basically is. The lake stretches out in front of you, with houseboats, all anchored in the little harbor. It has a feeling a bygone era really. We had our own little houseboat, which could sleep 6, but we had it privately for the 4 of us, together with our onboard chef and the captain. After we sorted a few things, including the parks fee of around 10USD per day per person, we were off. And relaxation started. 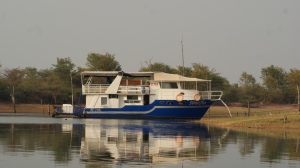 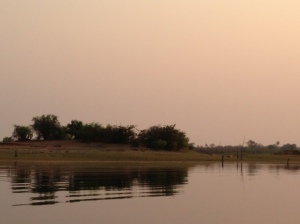 As the boat left the harbor, you enter this huge expanse of water, which is Lake Kariba. Buildt in the 1950’s, it is the world’s largest artificial lake and reservoir by volume. Lake Kariba is over 220 kilometers long and up to 40 kilometers in width. It covers an area of 5,580 square kilometer. After completion , the Lake was filled with water between 1958 and 1963. Maximum depth is approximately 97 metres and at the time when the Lake was filled with water, it is believed that it caused over 20 earth quakes of greater than 5 on the richters scale.
Lots of villagers were removed, as this vast expanse of water replaced their homesteads etc.
Today, it is still a wonder to behold. 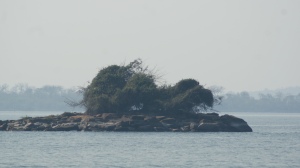 We travelled at a slow pace onto our first mooring of the evening. There is not much traffic on the Lake, but you do see the Kapenta boats anchored on the Lake, waiting for the darkness of the night, in order for them to fish. They are not allowed to fish during the day and are only allowed fishing at night, when their bright lights atracks the little fish, which forms a large part of the daily diet of the people in this region. 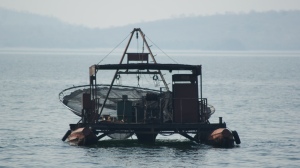 As the sunset, we slowly went towards our little mooring area, with the calls of the African Fish Eagle as your guide and elephants at the edge of the Lake and the captain anchored for the night. Although we had a little problem with a neighbouring houseboat with its generator spoiling the quietness of the approaching, the beauty of the sunset over the water and the appearance of the cinnamon African moon, was a moment which I will treasure for always. (luckily the neighbouring houseboat switched off the generator at 8pm- there are strict rules regarding noise pollution on the Lake). Our chef, Albert prepared our food and served, which was great as well as very tasty. (And we did not have to do anything, which was an absolute bonus). We went to bed, relaxed and with the far off sound of a lion’s call. 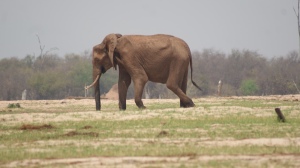 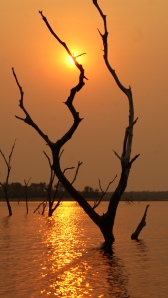 The following morning with the wake up calls of birds around us and the typical sound of Africa, the Fish Eagle, our captain took us on our little speed boat on a game drive around the area of the Lake where we were moored for a few hours. Hippos and crocodiles galore, as well as wonderful wading birds and elephants and also Impalas, etc. An exciting sighting for our twitchers was the Gull Bill Tern, in the middle of the Lake on its nest. It was extremely hot, but at least the breeze off the Lake kept us cool. All I can say, is that I would not go for a swim in this Lake. Before you know it, you would be hippo or crocodile feed. 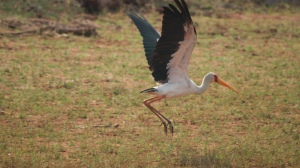 After breakfast we lifted the anchor and off we went again. Sailing for the day, stopping now and again when there was something interesting on the shores and we would take the speedboat and go and inspect. It was just a lazy relaxed time on the boat for the 2 days of sailing We had great sunsets and beautiful surroundings, but unfortunately this also had to come to an end, and with a sense that the holiday was over, we sailed into the harbor at Kariba Town and back to the reality of the world. 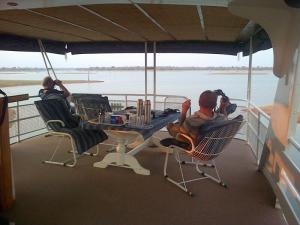 Although our houseboat was not new, it had a certain charm of a true boat and not a square box, with cabins on top. It was private and just what we needed. Will I go again? Oh yes!!!! Zimbabwe has not seen the last of me.

One thought on “Lake Kariba – a place of relaxation and peace”